Rattray's stands for the highest quality of scottish smoking culture. Charles Rattray, born in 1880 in Scotland, spent his time training in the stronghold of the tobacco industry in Dundee, Scotland, and took the decision very early even to realize his ideas for tobacco mixtures. In 1903 he opened the House of Rattray in Perth, thus founding one of the largest tobacco companies on the British Isles. Charles Rattray is still a well-known name in the pipe smoking world, his tobaccos are highly rated by connoisseur smokers. Located in Perth the Rattrays tobacconist not only sold tobaccos, but like most tobacconists blended on site too. His skills with tobacco eventually saw the shop become a blending house in its own right.  © Pipedia 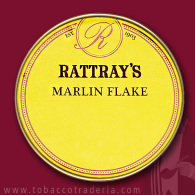 This is a rather unique pipe tobacco blend. It is a mixture made solely of Virginia tobacco and has no added flavoring. But surprisingly it is a sweet and delicate blend. There is still a bit of kick behind the Virginia, but overall this Rattray's blend is fantastic. 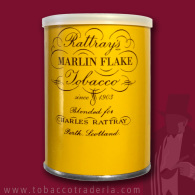 A Virginia tobacco prepared in the old-time manner as a broken flake or "rubbed out" for those who favor a finer cut. Its essential charm is its coolness and calming characteristics. Gowrie is a region of Scotland known for it's rich farmland. 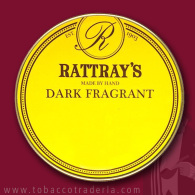 Professional Mixture is a medium-bodied Latakia blend with a nice dash of Orientals supported by Rattray's famous Virginias, including black stoved. It's a very cool-smoking blend with a touch of exotic flavor from the Orientals and Latakia. 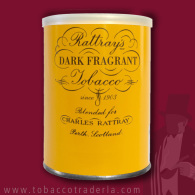 A no-nonsense, straight English blend.  No ups, no downs, no extras.  A good level of nicotine. 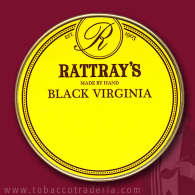 It has a moderate level of nicotine which makes it well suited smoke after a meal. 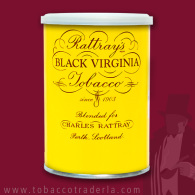 A bolder rat tray's mixture comprised of a piquant aged red Virginiaa blend that will quickly arouse your taste buds.  Hal O' The Wynd is a perfect Virgina mixture to cellar or to treat yourself to now. 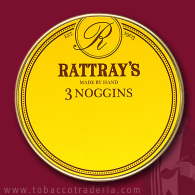 3 Noggins is a fuller more fragrant evolution of Rattray's 7 Reserve with a fuller body which is what many customers sought. 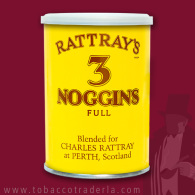 A sweet and very aromatic pipe tobacco that as the name implies is nearly jet black in color.  Black Virginia has a very nice  somewhat sweet room note which makes it an ideal choice when smoking near friends and family.